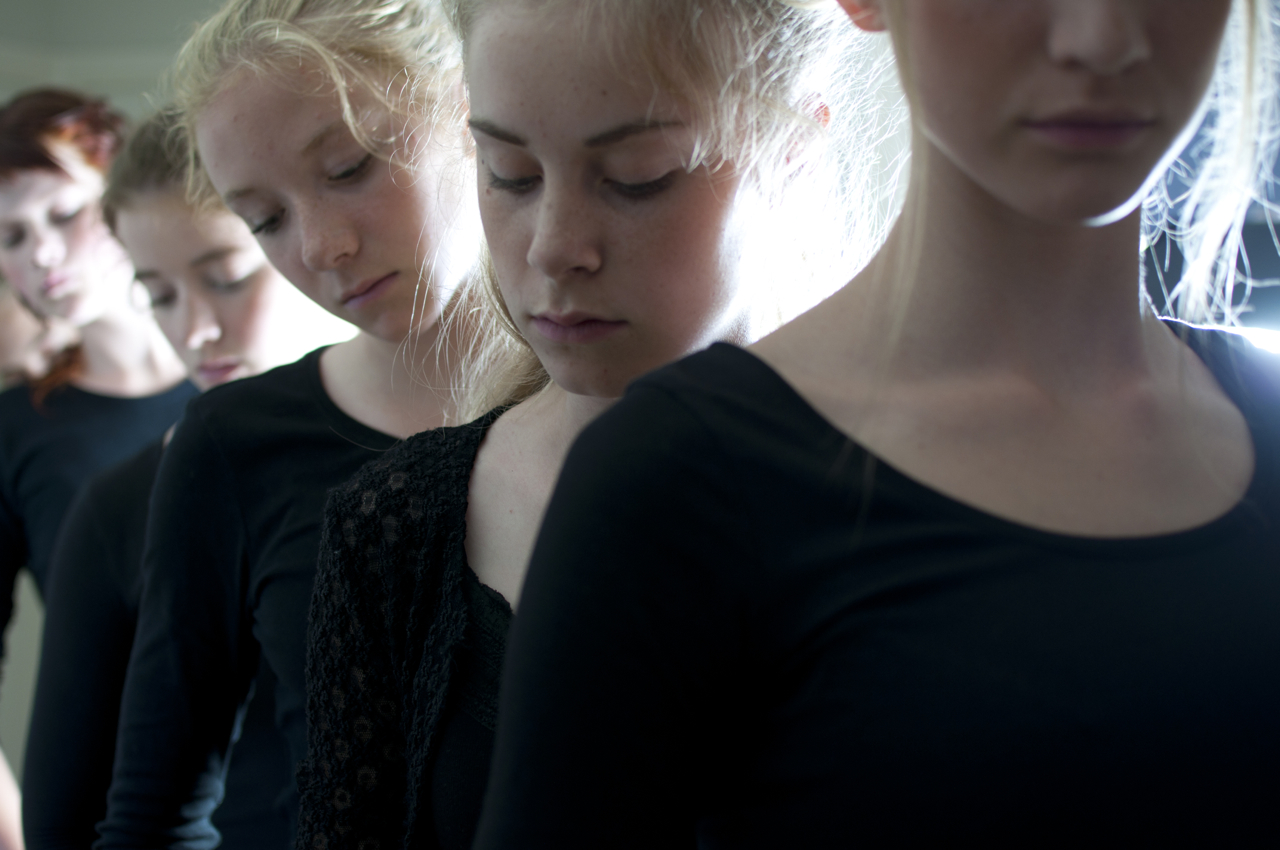 Twelve teenage girls have reached the final audition in the entrance trials of a remote countryside dance school. The girls are interviewed, and prepare their bodies. The actual tryouts never seem to arrive, but as the girls discuss and rehearse their audition roles, a curious crowd of female characters file past, from Sleeping Beauty and Ophelia to the Persefone of myth, a forest vampire from Swedish folklore and a dangerous elf queen from the medieval ballad of Sir Olof. What is the real test that these girls are about to take? Who is the thirteenth, she who “was not invited, but will still come”’ and is she really, as one of the girls puts it, “the main character”?

The thirteenth was not invited but will still come is a mockumentary about ballet, fairy tales and girls. It is an ironic wink to Black Swan and other films that portray the young female body as a terrifying force and ballet as a specifically female form of torture, and a hybrid film that mixes a fictive setting with documentary material to explore ideas about womanhood, and trace the desire of female sexual aggression among girls in puberty.