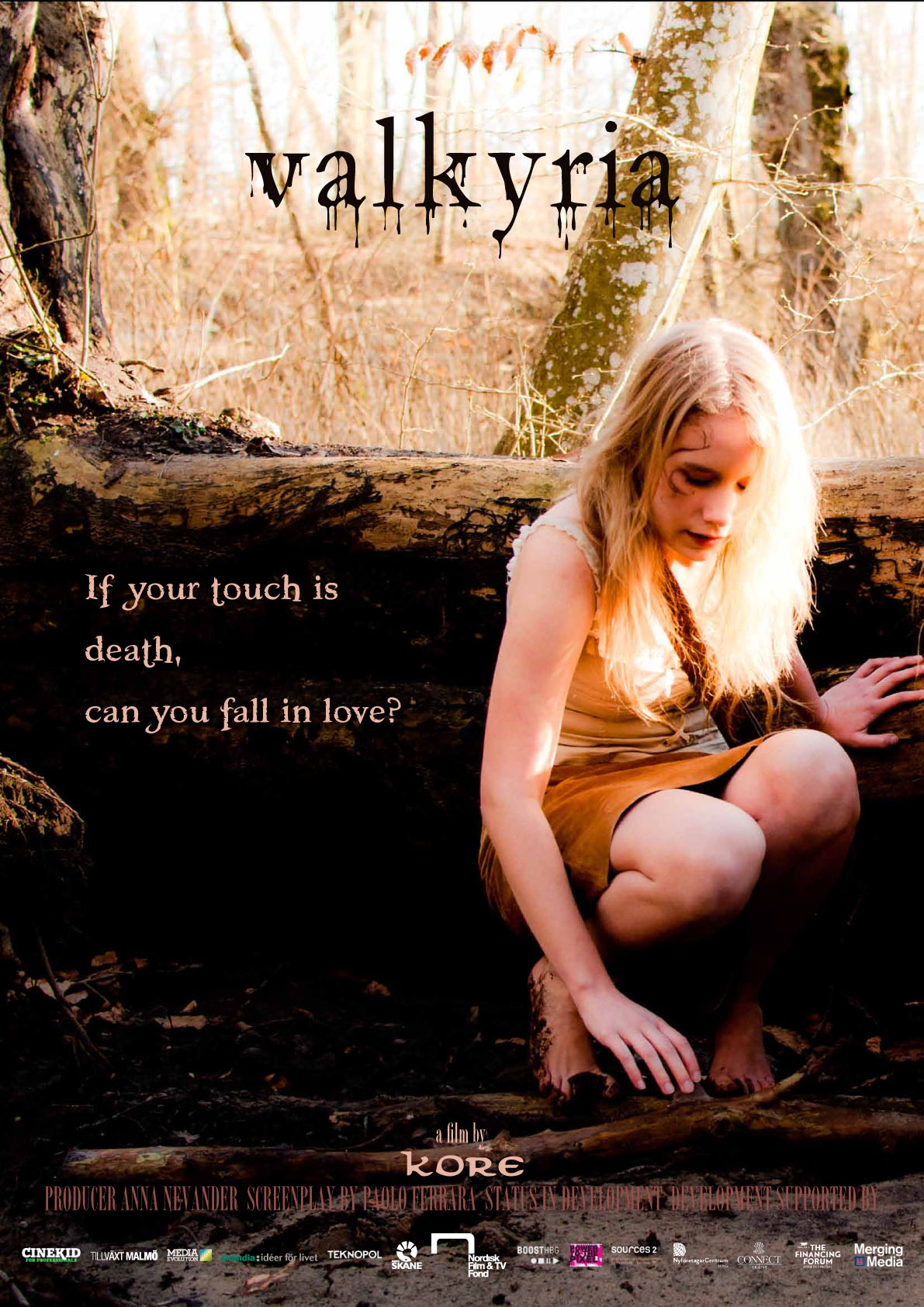 Fourteen year old Ran kills everything she touches in love or affection. It is a trait she inherited from her mother, the immortal elf lady who killed Ran’s father with her touch, and because of her, Ran and her sister Skuld are Marked: halfbreeds, outcasts, strangers in a world of humans. Ran hates her mother – and everyone else. Especially, she hates Skuld, her sweet, docile sister – who heals everything she touches. But then one day, Ran stumbles upon a dark, sinister castle hiding a nameless prince, who says he’ll teach her how to heal. If only….she would bring his heart back from the land of the dead… And when Ran vows to do so, her sister disappears. And as soldiers march from the North to destroy all those they consider unhuman, Ran has to find out what her power really is meant for, and confront the greatest of mysteries: “Why do we have to die?”

Valkyria is a dark fairy tale feature film and the principal part of the film- and transmedia project Valkyria. The film is in development.